To register for any/all of the pay-as-led sessions, click here.

* Our European Friends are encouraged to register directly via the Woodbrooke website: https://www.woodbrooke.org.uk/product/claiming-our-collective-power.

How are our communities called to prophetic witness and social action in this moment of interconnected crises including environmental catastrophe, international war, economic oppression, racial injustice, and suppression of human and civil rights? Come share curiosities, tools, best practices, and inspirations with Friends from around the world.

This collaboration between Woodbrooke and Pendle Hill welcomes Friends interested in exploring the relationship between individual and collective social witness. Participants will learn from each other’s questions and support each other to better steward and support conversations and discernment about social witness within their meetings.

This virtual program will begin with a series of conversations that will explore the work of building a just economy to discuss how Friends are claiming our collective power:

June 15, Environmental and Economic Justice: Monty Ogden, Earth Quaker Action Team (EQAT)
Facing the realities and injustices of climate change can be a daunting, grief-filled task. The Earth Quaker Action Team has run non-violent direct action campaigns for over a decade at the intersection of environmental and economic justice, grounded in Spirit to move that grief into action. Hear from board member Monty Ogden about the role of Spirit in the individual and collective work of EQAT, and his own orientation to climate action as a new parent and teacher of young people.

Ann Morgan and Phil Chandler will talk about how Lancaster meeting responded to the Black Lives Matter Movement in 2020 and the journey the meeting is on in researching and responding to the involvement of 18th century Lancaster Monthly Meeting Quakers in slave based economies.

These three Wednesday sessions will be offered as individual programs. We have postponed the previously scheduled weekend workshop and will take time to reflect and discern the next steps in this collaboration once the speaker series is finished. 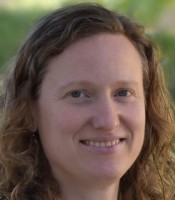 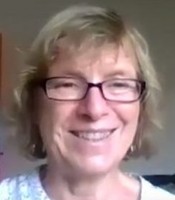 Tracey Martin coordinates Woodbrooke’s courses on peace, social justice, and the climate crisis. She runs courses in all these areas and has a particular interest in the decolonization of witness work, as well as in the relationship between creativity, spirituality, and poetry. 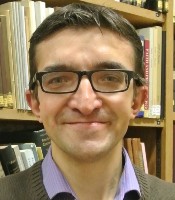 Simon Best is Woodbrooke’s Head of Learning and Research. He is a lifelong Quaker and has over twenty years’ experience working for a variety Quaker organizations. Simon has a PhD in Quaker Studies from the University of Birmingham, where his thesis focused on the spiritual beliefs and religious practices of adolescent Quakers. Previously he worked for Britain Yearly Meeting planning and delivering events and resources for children and young people. Simon is responsible for supporting the Swarthmore Lecture program, which is a key element of Woodbrooke’s learning. 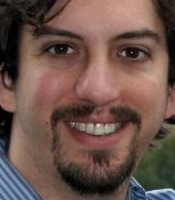 Noam Perry, Ph.D., works in the Economic Activism Program since he joined the American Friends Service Committee in 2017. Noam leads the Investigate project, coordinating research on companies involved in state violence as part of the U.S. prison-industrial complex, the border and surveillance industries, and the Israeli occupation and apartheid. Before joining AFSC, Noam was teaching human rights at San José State University and researching international policies to combat human trafficking. Noam lives with his family in Berkeley, CA, and enjoys parenting, music, hiking, photography, and yoga. 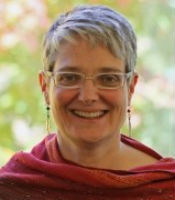 Lucy Duncan served as director of Friends Relations for AFSC from August 2011 until January 2022. She writes, teaches, and organizes Quakers to work for justice. She recently published “A Quaker call to abolition and creation” in Friends Journal and organized last year’s AFSC annual meeting program, Making New Worlds: Pursuing Peace With Justice, all sessions of which are available to watch online. She has been instrumental in the adaptation of Quaker social change ministry as a tool for reclaiming Spirit-guided social change work focused on companioning those most impacted by injustice and was a lead co-facilitator for Radical Acting in Faith for white people. She is currently the co-chair of the Philadelphia Mayor’s Commission on Faith-Based and Interfaith Affairs. She has been a storyteller for over twenty years and has worked with Quaker meetings on telling both stories for racial justice and stories of spiritual experience. Before working for AFSC, Lucy was director of communications at FGC, managed QuakerBooks of FGC, owned and managed her own children’s bookstore in Omaha, The Story Monkey, and was a member of a storytelling troupe, the Five Bright Chicks. She is a member of Green Street Friends Meeting (PhYM) and is the proud mom of a 19-year-old son. 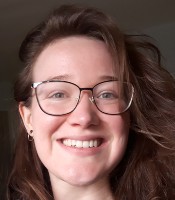 Lina Blount is an organizer, trainer, and nonviolent action strategist who has been working on environmental justice campaigns in the Philadelphia area for over ten years. Lina currently works as the Education Coordinator for Pendle Hill and just finished her term as co-clerk of the Earth Quaker Action Team (EQAT) board, which she has served since 2013. Lina has also worked with the Divestment Student Network and spent two years as a canvass director and anti-fracking organizer in Pennsylvania..