Since mid-October, caravans of migrants have been traveling north from Central America through Mexico. The group includes people of all ages, including families and children – many of whom are escaping violence and poverty and seeking asylum in the U.S. and Mexico.

Instead of responding with compassion and humanity, President Trump has portrayed migrants as a security threat to advance his anti-immigrant agenda and has deployed thousands of military troops to border communities and sought to further restrict migrants’ ability to apply for asylum. 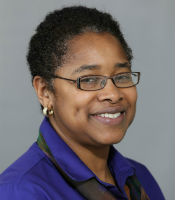 Laura Boyce, associate general secretary for U.S. programs for the American Friends Service Committee (AFSC), visited migrants on the border in November to assess conditions there. Along with other AFSC staff, she was instrumental in organizing and carrying out a national week of interfaith actions at the border in San Diego, California, and in communities across the country, December 10-18. Nonviolent direct actions demanded an end to border militarization and called for humane immigration policies that respect the rights and dignity of all people. She will speak to us of the situation and ongoing action in support of migrants.

Laura oversees AFSC’s U.S. programs and works with the associate general secretary for international programs on cross-regional collaborative programs. A native of Queens, NY, and a graduate of Vassar College, Laura is a member of Providence Monthly Meeting (PA) and former assistant clerk for the Fellowship of Friends of African Descent. Laura lives in Wallingford, PA, with her husband and two sons.