Free to download in epub (e-book) and PDF formats! 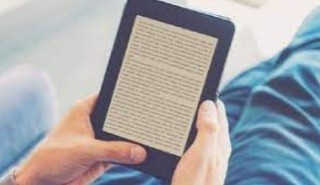 There are many free epub (e-book) readers available online for Windows, Mac, Android, and Apple iOS. Click on the image above for a list of recommended products.

The William Penn Lectures (now called the Seeking Faithfulness Lecture Series) started as a ministry of the Young Friends’ Movement of Philadelphia Yearly Meeting (PYM). In the beginning of the last century, “Young Friends” was the community of young adults from both the Hicksite and the Orthodox Philadelphia Yearly Meetings, which reunited in 1955. The Young Friends Movement began the lecture series “for the purpose of closer fellowship; for the strengthening by such association and the interchange of experience, of loyalty to the ideals of the Society of Friends; and for the preparation by such common ideals for more effective work through the Society of Friends for the growth of the Kingdom of God on Earth.” The name of William Penn was chosen because the Young Friends Movement found Penn to be “a Great Adventurer, who in fellowship with his friends started in his youth on the holy experiment of endeavoring ‘To live out the laws of Christ in every thought, and word, and deed; and that these might become the laws and habits of the State.’”

The first run of William Penn Lectures were given between 1916 and 1966, and are warmly remembered by Friends who attended them as occasions to look forward to for fellowship with our community, inspiration, and a challenge to live into our faith.

The lectures were published by the Book Committee of PYM, and PYM has since granted Pendle Hill and Quaker Heron Press permission to reproduce the lectures as free e-books. 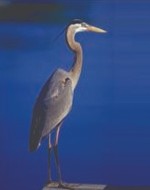 Since 2004, the Quaker Heron Press has been working with Pendle Hill to make out-of-print pamphlets more widely available.

This partnership grew out of a leading. Jim Rose, of Quaker Heron Press, describes how he came to the idea: “Pendle Hill had a practice of asking week-long students to take on a job on Wednesday afternoon. One week my task was to clean/dust and arrange the books in the Upmeads library and in the process I found, high on an upper shelf, a whole series of dusty pamphlets called the William Penn Lectures. Inaccessible? You bet. A few months later I sojourned at Pendle Hill while my late wife was taking a week-long course. During that week, I sat with my computer and scanned the text of those pamphlets. My intent was to make that body of literature more accessible to Quakers and others throughout the world on the internet. And recently that goal has been achieved.”

Although it was announced in 1960 that the series would be discontinued, several lectures were published in the early ’60s. It appears that the lectures given between 1923 and 1931 were never published. If we come upon manuscripts of these lectures, we hope to publish them in future.

In 2010, the Young Adult Friends of PYM revived the series, officially launching the second run of the William Penn Lectures in 2011. The series was renamed the Seeking Faithfulness series in 2016, as part of the Young Adult Friends of PYM’s concern for dismantling racism within the yearly meeting and the wider society. It no longer felt rightly ordered to have a major event named after a slaveholder. The Seeking Faithfulness series is hosted by the Young Adult Friends for the benefit of the whole yearly meeting community, and invites a Friend to challenge us all to explore new ways to practice our Quaker faith. The Seeking Faithfulness series seeks to nourish our spiritual lives and call us to faithful witness in our communities and throughout the world. 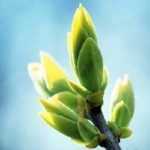 Requests for permission to quote or to translate should be addressed to:

Below is a chronological list of all the lectures currently available in epub (e-book) and PDF format. Just click on the link(s) to download. For a list of recommended e-readers for Windows, Mac, Android, and Apple iOS platforms click here – many can be obtained for free online.