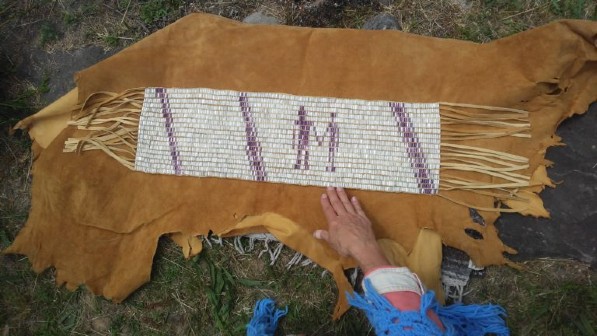 A Six-Part Webinar Series on the Second and Fourth Mondays of August, September, and October, 7:30pm to 9:00pm Eastern Time (US & Canada).

Thank you for joining us for this series of webinars.
We will have a follow-up, small group discussion event on Monday, November 9, 2020, from 7:30 p.m. to 8:30 p.m. Eastern Time. Details, including the Zoom link, will be sent to all attendees via an e-mail blast the first week in November. 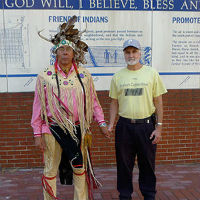 The modern-day nation states of North America are built on the so-called Christian Doctrine of Discovery, which purports to justify the theft of land and resources and the enslavement or destruction of many Nations, including the theft and enslavement of Africans from their homelands and the actual and attempted genocide of Indigenous Peoples.

Quaker descendants of European settlers benefitted and continue to benefit from this oppressive history. Quakers individually and corporately also played a direct role in the attempted cultural genocide of Indigenous Peoples. Among other things, they ran and supported Indian Boarding Schools, which were designed to “civilize” Indigenous Peoples by separating children from their families and communities and erasing their languages, customs, and cultures.

A 2018 Pendle Hill conference helped broaden and deepen a conversation about the Quaker role in the genocide of Indigenous Peoples and about ways of moving toward right relationship—awareness, acknowledgment, apology, and reparative work. A group of Friends convened to form a steering committee for a continent-wide organization that would continue the explorations and the work identified at the conference, now calling itself “Decolonizing Quakers.”

Originally planned as a conference, “Working Towards Right Relationship with Indigenous Peoples” is intended to further the goals and ensuing action steps of the 2018 conference. We have modified the format in response to the COVID-19 pandemic. Instead of an in-person conference, it will consist of a series of six 90-minute webinars, scheduled for the second and fourth Mondays of the months of August, September, and October.

1. Sovereignty and Tribal Government Relations in the United States and Canada
With Jerilyn DeCoteau and Will David
August 10, 2020 – 7:30 to 9:00 p.m. Eastern Time

2. Implementing the United Nations Declaration of the Rights of Indigenous Peoples
With Sheryl Lightfoot and Jennifer Preston
August 24, 2020 – 7:30 to 9:00 p.m. Eastern Time

Resources will be posted to enable registrants to prepare for the webinars and to reflect upon them afterwards. In the week(s) in between the webinars, participants may choose to form discussion or study groups around the topics presented in the webinars or to use the materials to enhance attention to the issues in their local meetings or congregations.