So many of you have shared your stories of what Pendle Hill means to you. Listen to some of the voices reflecting on the meaning of the Pendle Hill experience: workshop leader and pamphlet author Valerie Brown, past students Jiman Kim and Dan Jensen, Jen Karsten, and former Continuing Revolution coordinator Emily Higgs.

Countless individuals have graced the grounds of Pendle Hill over the past 85 years, from those wishing to learn more about the Quaker way of life, to those requiring time out from the rigors of the everyday to focus on a personal project, to others simply seeking healing or re-energizing following a difficult life event.

Here are just a few of our visitors’ unsolicited testimonials – thoughtful and oftentimes inspiring comments slipped under doors, scribbled in guest books, or communicated through other channels (such as in the above video) to an appreciative Pendle Hill community: 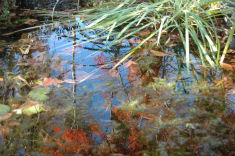 “Pendle Hill provided a loving and supportive community where I, as a young person, was able to take time out from professional pursuits and focus on deeper issues. In many respects, I came to Pendle Hill a boy and left a man.

One vivid memory was having lunch outside at the edge of an abandoned ornamental pool behind the Main house. The surface of the water was covered by dozens of brown frogs, making ‘chuckling sounds’ and swimming about. The significance of this eluded me at the time, but I have spent the last 15 years studying frog communication.”

“Two years ago I arrived at Pendle Hill for a weekend workshop called Introduction to Quakerism.  To my dismay at first, I had the wrong weekend!  I stayed for the night as a sojourner and decided to make my own weekend by asking questions of everyone there.  What a wonderful time I had!!  At meals and in between people, staff and others, were most happy to talk with me about everything from Quaker Values to their own experiences as Quakers.  Within a day I felt myself part of a new family, everyone was that welcoming.  In between I explored everything and spend time in the library learning more.  I had the most wonderful time.  My own “introductory weekend” was unforgettable. Since then I have renewed connections with my Quaker prep school.  When I was there Quakerism didn’t do outreach, and other than weekly Meeting there was no instruction formal or informal on Quakerism itself, just example, but not explicit.  I’ve learned that now the school has regular instruction and explicit guidance on the implementation of Quaker Values and other Quaker involvements.  They even have a Quaker in Residence!  I’ve done more reading and tried to continue the peace and joy I felt at Pendle Hill at home and in the other areas where I’m involved.  I keep hoping to get back there, can’t believe it’s been so long.”

“I came as a student – remained as housekeeper. Taught journaling and led occasional workshops. With Fran Taber, established the Spring House as a private retreat space.

Married the Dean – Dyck Vermilye, under the beech tree!!

Obviously a significant few years in my life.”

The Trees of Pendle Hill 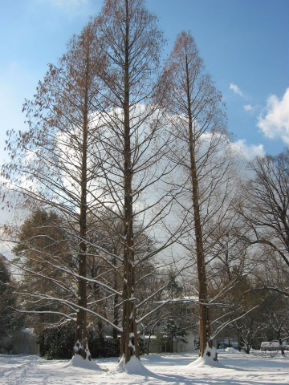 Walk among them.  Seek yourself.
Touch one of them.  Feel yourself.
Sit beside them.  Lose yourself.

...or contact the Advancement Office to learn more about supporting Pendle Hill.