Visioning and Creating a Moral Economy

A conference for inspiration, education, networking, and action. December 1-4, 2016

Co-sponsored by Quaker Institute for the Future, New Economy Coalition, and the Philadelphia Area Cooperative Alliance.

The plenary addresses of our major speakers are now available on our YouTube channel: 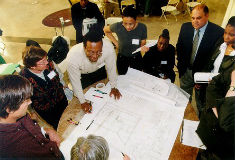 Now more than ever, progressive people of faith are called to continue the work of building the Beloved Community. We face increased corporate power on a global scale, precarious Wall Street financial meltdowns, widening wealth and income inequality, the criminalization of poverty, the scorching of our planet, resource wars, and other threats to the common good and true democracy.

The well-being of our species and the health of the natural world depend on our participating in the Great Transition away from an extraction/domination economy based on perpetual growth and towards a sustainable political economy focused on ensuring that basic human needs are met.

Join thought leaders, intellectuals, activists on the ground, and others at work building a sustainable economy. Beyond envisioning a moral economy, we will engage in strategic planning to realize the vision. What does a moral economy look like? What are the challenges that confront us in establishing it? What opportunities do the precarious state of global capitalism and accelerating climate change provide to galvanize action? What are the incremental and intermediate steps already being taken to bring forth our common vision? How do we build on those efforts to establish them on a larger scale?

The conference will include plenary sessions with speakers and panels, open forum small group discussions, workshops, and whole group visioning and action sessions.

Because we want to make this conference as accessible as possible, we are offering a sliding scale registration from $300 to $600. Click the following link for registration information.

Queries and Other Thought Pieces

To spur your thinking in this arena, we have pulled together some queries and other resources for your review and consideration. 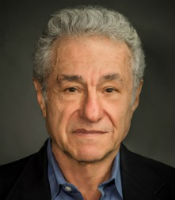 Gar Alperovitz, Lionel R. Bauman Professor of Political Economy at the University of Maryland, is cofounder of the Democracy Collaborative. He is a former fellow of the Institute of Politics at Harvard and of King’s College at Cambridge University, where he received his PhD in political economy. He 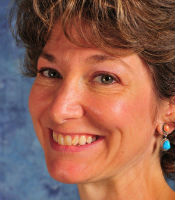 Donna Cusano Donna enjoyed a successful career as an artist and art instructor for 27 years. In 2013 she was introduced to permaculture through her volunteer work with Transition Town Media and immediately enrolled in a permaculture design certification program with Melissa Myles in Kimberton, PA. From there she took instruction in organic gardening from Ben Weiss at Pendle Hill and immersed herself in farming and organic gardening. 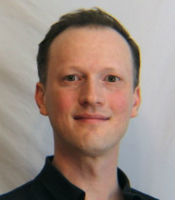 Mark Engler is an author and journalist based in Philadelphia. His new book, This Is an Uprising: How Nonviolent Revolt Is Shaping the Twenty-First Century, written with Paul Engler, has just been released by Nation Books. Mark is an editorial board

member at Dissent, a contributing editor at Yes! Magazine, and a senior analyst with Foreign Policy In Focus, a network of foreign policy experts. Additionally, Mark serves as a monthly columnist for the Oxford, UK-based New Internationalist magazine. An archive of his work is available at DemocracyUprising.com. 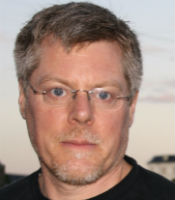 Geoffrey Garver is an adjunct professor on interdisicplinary studies on environment and sustainability at McGill University and Concordia University. He is actively engaged in the Economics for the Anthropocene partnership (e4a-net.org), for

which he served as project coordinator from May 2013 to November 2015. Mr. Garver co-authored Right Relationship: Building a Whole Earth Economy (2009), was raised in a Quaker family in the countryside south of Buffalo, New York, and is a member of Montreal Monthly Meeting. 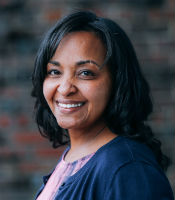 Rahwa Ghirmatzion was born in Asmera, Eritrea and with her parents and siblings came to Western NY state in 1984. She grew up on the West Side of Buffalo, was educated in the Buffalo Public Schools, and then the University at Buffalo. She is Deputy Director at PUSH (People United for Sustainable Housing) in Buffalo where she has worked since May 2013. 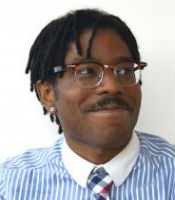 Esteban Kelly is the Executive Director for the US Federation of Worker Cooperatives, and is an important leader and creative force in solidarity economy and co-op movements. He has served on numerous boards including the USFWC, the US Solidarity Economy Network, the National Cooperative Business Association (NCBA-CLUSA), and the Cooperative Development Foundation (CDF). He is a co-founder and current board President of the cross-sector Philadelphia Area Cooperative Alliance (PACA), and recently worked at the New Economy Coalition as Development Director and then Staff Director. Esteban is a mayoral appointee to the Philadelphia Food Policy Advisory Council, following eight years as a worker-owner at Mariposa Food Co-op institutionalizing its staff collective and expanding food access in West Philly. 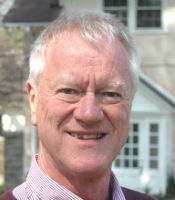 George Lakey, lifelong nonviolent activist, direct action strategist, author and recently retired Swarthmore professor, will share findings from his new book, Viking Economics: How the Scandinavians Got It Right-and How We Can, Too. He describes how mass social movements moved the Nordic

nations from elitist-governed, class-based societies with high rates of poverty, insufficient jobs, and neglect of basic needs to the positions they occupy today in terms of social well-being and the global happiness index with universal health care, free college education, and a surprisingly high level of entrepreneurship. 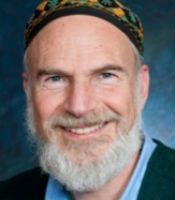 Rabbi Mordechai Liebling is founder and director of the Social Justice Organizing Program at the Reconstructionist Rabbinical College. Prior to this he was the Executive Vice-President of Jewish Funds for Justice. He has led workshops and retreats on the intersection of sustainability, social justice, and spirituality. 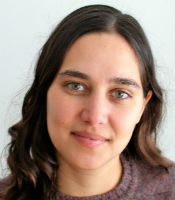 Caitlin Quigley co-founded the Philadelphia Area Cooperative Alliance (PACA), a 501(c)3 cooperative development center and chamber of commerce for cooperatives and credit unions of all sectors. She currently directs PACA’s communications, education, and development. In April 2016, Caitlin was named one of 37 national winners of the Knight Foundation Cities Challenge for her project idea 20 Book Clubs → 20 Cooperative Businesses. The program, which uses study circles to form new co-ops, launched in Sept. at PACA. 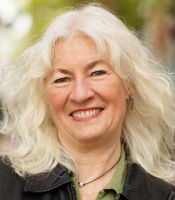 Author, activist and entrepreneur, Judy Wicks founded Philadelphia’s iconic White Dog Cafe in 1983, which became a pioneer in the farm-to-table movement and a model in sustainable business practices. She is founder of Fair Food Philly and the Sustainable Business Network of Greater Philadelphia and the nationwide Business Alliance for Local Living Economies (BALLE). Judy is author of

Good Morning, Beautiful Business, which won a national gold medal for business leadership and has been translated into Chinese and Korean. The recipient of numerous local and national awards, Judy was recently inducted into the University Science Center’s Innovators Walk of Fame. More at www.judywicks.com.

If you are interested in co-sponsoring this event or obtaining more information, please e-mail moraleconomy@pendlehill.org, or phone John Meyer at 610-566-4507, ext. 129.