The Pendle Hill Quaker Institute: Practicing Our Heritage of Mysticism and Resistance

At the Quaker Institute, Friends will come away with renewed energy, insight, experience, and skills that can deepen Quaker practice in their meeting community. This Institute is the one program to which your meeting should consider sending three or four of its members.

If you are seeking financial assistance to participate in this program, please click on the link for our Financial Assistance Application form, below. Do NOT register online.

Click here to learn what we mean by “Practicing Our Heritage of Mysticism and Resistance.”

From earliest days, Quakers have sought to attend and follow the Inward Light, the Inner Teacher, as the only true guide to right action. And from earliest days, Quakers have been moved and guided by the Inner Teacher to act conscientiously in the world to “see what Love can do” to mend a world rent by injustice and oppression.

In contemporary Quaker circles, we sometimes hear Friends speak of contemplative Friends and activist Friends, implying a false dichotomy – that some Friends are mystics and others are actively engaged in mending the world. To be faithful to our tradition and to the leadings of the Light, we are both seekers after the Truth as revealed to us in prayer and worship and animators of the Truth that is revealed to us. We participate both in mysticism and resistance to the ways of the world by standing and moving in revealed Truth.

In this extended weekend together, we will hear plenary speakers, engage in extended worship, and explore both our heritage and what Spirit asks of us today in mending a broken world and creating the Beloved Community. 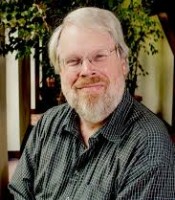 Stephen Angell is the Geraldine Leatherock Professor of Quaker Studies at Earlham School of Religion (ESR). With Ben Pink Dandelion, he co-authored the Cambridge Companion on Quakerism (2018), Early Quakers and their Theological Thought (2015), and the Oxford Handbook of Quaker Studies (2013), and he authored Bishop Henry McNeal Turner and African-American Religion in the South (1992). With Hal Weaver and Paul Kriese, Stephen co-authored Black Fire: African American Quakers on Spirituality and Human Rights (2011). He serves as associate editor of the Quaker Studies journal, and Quaker Theology, a Progressive Journal and Forum for Discussion and Study. Stephen earned a B.A. from Boston University in 1974; an M.A. from Earlham School of Religion in 1982; an M.A. from Vanderbilt University in 1987; and, a Ph.D. from Vanderbilt University in 1988. He joined the ESR faculty in 2001. He is a member of Oxford Monthly Meeting of Ohio Valley Yearly Meeting. 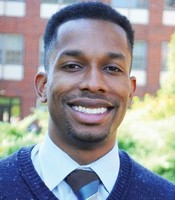 Dwight Dunston (aka Sterling Duns) is a West Philly-based hip-hop artist, musician, educator, and organizer. He holds a BA in English from Dickinson College and an MA in Poetry from the University of East Anglia in Norwich, England. Dwight serves as Coordinator of Equity and Justice Education at Friends Central School, where he also coaches track and teaches 11th and 12th grade literature. He serves on the Board of Earth Quaker Action Team (EQAT), among other not-profit boards in the Philadelphia area. As Sterling Duns, he is s a founding member of the nine-piece hip-hop group, Hardwork Movement, and the musical duo, City Love. Dwight is a member of Merion Friends Meeting. 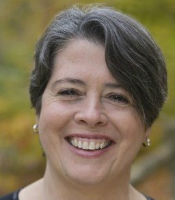 Eileen Flanagan is the award-winning author of three books, including The Wisdom to Know the Difference, which was endorsed by the Dalai Lama, and Renewable, which was endorsed by some of the best-known climate leaders in the world. After teaching “Discerning Our Calls” in the Pendle Hill Resident Program, she discerned a new leading to climate justice activism with Earth Quaker Action Team (EQAT). As clerk of EQAT for five years, she helped to develop the strategy that pressured PNC Bank to stop financing mountaintop removal coal mining, and helped launch the Power Local Green Jobs campaign, which works at the intersection of racial, economic, and climate justice. Eileen speaks widely on spiritually grounded activism and teaches online courses on how to make an impact. She carries a minute of religious service from Chestnut Hill Meeting and is now working on a book about the intersection of race, climate, and spirituality. Read more about her work or sign up for her newsletter at eileenflanagan.com.

Doug Gwyn is a Quaker scholar and author. His “biography” of Pendle Hill, Personality and Place: The Life and Times of Pendle Hill, was published in 2014. Formerly the Quaker Studies teacher at Pendle Hill, Doug is a well-traveled Friend. He has worked for the American Friends Service Committee and served among Friends as a pastor and as a teacher at the Woodbrooke Quaker Study Centre in Birmingham, England, as well as at Pendle Hill. Doug has written several books and articles on early Friends. Among his recent works are A Sustainable Life: Quaker Faith and Practice in the Renewal of Creation (2014), The Anti-War: Peace Finds the Purpose of a Peculiar People (2016), and The Call to Radical Faithfulness: Covenant in Quaker Experience (2017). Doug lives in Richmond, IN, where he is a member of First Friends Meeting. 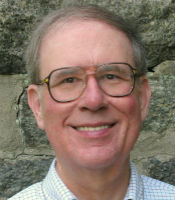 Tom Hamm is Professor of History, the Trueblood Chair in Christian Thought, and Director of Special Collections at Earlham College. From Spiceland, IN, Tom is a member of West Richmond Friends Meeting, Indiana Yearly Meeting. Tom has been a speaker and workshop leader at Pendle Hill. He served on the General Board from 2004 to 2009 and the current Board from 2009 to 2012. Tom has also been involved with the Conference of Quaker Historians and Archivists, Friends Association for Higher Education (FAHE), Friends United Meeting (FUM) Triennial, GFC, Friends United Press, Society of American Archivists, American Historical Association, and the Indiana Library and Historical Board. Tom received his bachelor’s degree from Butler University, and his master’s and doctorate from Indiana University. He has written numerous articles on Quaker history as well as five books, including The Quakers in America (2003) and an anthology published in 2011 by Penguin Classics, Quaker Writings: An Anthology, 1650-1920. 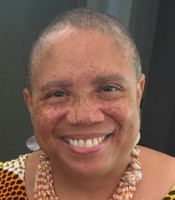 Vanessa Julye is a graduate of Westtown School and obtained a BA from Temple University. She serves as a guest speaker for many Friends meetings, schools, organizations, and Quaker conferences. Currently she is working on increasing awareness of White Supremacy in the Quaker and sectarian communities. Vanessa has a calling to a ministry with a concern for helping the Religious Society of Friends become a whole blessed community. She travels throughout the country and abroad speaking on this topic and leading workshops about racism, focusing on its eradication and the healing of White Supremacy’s wounds. She also meets with Quakers of Color throughout the world, many of whom are isolated members of their Quaker meetings in Canada and the United States. Vanessa and Donna McDaniel are the authors of Fit for Freedom, Not for Friendship: Quakers, African Americans and the Myth of Racial Justice, which focuses on the relationship between African American Friends and non-Friends with Quakers of European descent from the 17th through 21st Centuries. Vanessa has published numerous articles and pamphlets on Quakers and racism, including The Seed Cracked Open: Growing Beyond Racism. She serves Friends General Conference as the Coordinator for the Committee for Nurturing Ministries focusing on the Racism and Youth Ministries Programs. Vanessa is a member of Central Philadelphia Monthly Meeting and is married, has three adult children, a son-in-law, and one grandchild. Vanessa enjoys crafting, knitting, sewing, and photography. 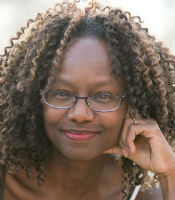 Amanda Kemp is a racial justice and mindfulness mentor. Author of Say the Wrong Thing: Stories and Strategies for Racial Justice and Authentic Community, she has been called a master teacher, having helped over 25,000 people build their capacity to practice self-compassion and self-critique. Her H.E.A.R.T. Method for Racial Justice and Mindful Living has been adopted by teachers from grade 6-college levels. Dr. Kemp is a Visiting Scholar in Africana Studies at Franklin & Marshall College and a graduate of Stanford and Northwestern Universities. Her TEDxtalk, “How to Have a Voice and Lean in to Conversations about Race,” was recently released. Amanda is a member of Lancaster Friends Meeting. 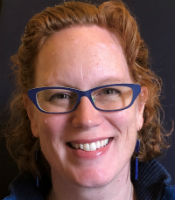 Ingrid Lakey is a founder of and active volunteer with Earth Quaker Action Team (EQAT), a grassroots organization working on a nonviolent direct action campaign at the intersection of environmental, economic, and racial justice. Ten years ago, she gave up a career in public radio to follow her leading to be a climate justice activist. Ingrid has been a trainer and facilitator for 25 years, leading workshops on anti-racism, diversity, team-building, non-violent direct action, and conflict. She is a lifelong Quaker who was raised in a household where activism and spirituality were intertwined. She is a member of Central Philadelphia Monthly Meeting. 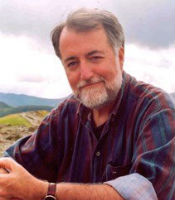 Daniel O. Snyder holds masters degrees from Earlham School of Religion and Boston University School of Theology, and a PhD in Clinical Psychology from Pacifica Graduate Institute. He has a private practice in pastoral psychotherapy in Black Mountain, NC, where he also offers spiritual direction for clergy. He is a member and former clerk of the Swannanoa Valley Friends Meeting (Quaker), a former peace studies teacher at Pendle Hill. Dan has also been a consultant and teacher for the “Common Light Meetingplace,” a Quaker-based initiative in spirituality and social change. He has been a Yearly Meeting lecturer (New York, Baltimore, and German Yearly Meetings) and is the author of the Pendle Hill pamphlet Quaker Witness as Sacrament (PHP #397). With a lifelong interest in exploring the intersection of personal and social transformation, Dan is a frequent lecturer, retreat, and workshop leader in and beyond the Quaker world. Visit www.danielosnyder.com to learn more about Dan. 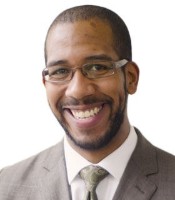