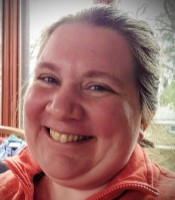 Windy Cooler (Cadbury Scholar) is a current candidate for the Master of Divinity at Earlham School of Religion. She lives in Maryland with her husband, Erik Hanson, and son, Ob, and two cats. She also has an adult daughter, Maggie Willow. She is a member of Sandy Spring Monthly Meeting and Baltimore Yearly Meeting.

For many years Windy has been concerned with family life in the Religious Society of Friends. As a young mother and a survivor of domestic abuse, both in the context of a Meeting community, she realized that many routine family pastoral care needs in her own Monthly Meeting were not being addressed helpfully. Later, as staff at two large Monthly Meetings, she came to understand from the confidences of Friends in her work something of how common an experience her former Meeting’s is. Determined to find the best practices for family centered pastoral care available to Friends in the unprogrammed tradition she entered seminary at ESR. As a student she was given support by ESR and the Lyman Fund as she traveled the United States in the summer of 2018 speaking to 92 Friends in eight yearly meetings about our families, looking for these practices. What she heard in these intimate conversations was not an emerging list of practices, however, but that the Religious Society of Friends is a family itself, one where love is in abundance, but where we are unfortunately in many ways not finding the time to be tender, where deeply committed Friends carry hurt just as deeply as we carry joy and commitment, and many vital personal truths remain taboo, hidden from the Light. 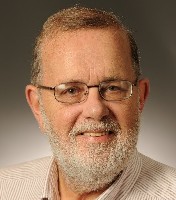 Stanford Searl (Carroll Scholar) was born and raised in Ludlow, Vermont by his paternal grandparents (see his poems, Homage to the Lady with the Dirty Feet and other Vermont Poems, Foothills Press, 2016). He graduated from Syracuse University in 1965 as a Piano Performance major and has a Ph.D. in English from Syracuse University. Searl taught at Buffalo State College for ten years (see his 2019 poetry chapbook about some of this, Songs for Diana). For twenty-five years, he taught as a Core Faculty in an interdisciplinary, learner-centered doctoral program at Union Institute & University.

Searl lives in Culver City, California with his wife, Rebecca, a birthright Quaker from Whittier, California. He is the presently the Clerk of Santa Monica Monthly Meeting. In 2005, there were two books published about his research about Quaker silent meeting for worship, including Voices from the Silence and The Meanings of Silence in Quaker Worship. He has two children, Julia and Stephen, and eight grandchildren.

A Brief Description of his Project:
He will investigate the meanings of the “Gathered Meeting” in Quaker experience and share his most recent poetry chapbook, Mary Dyer’s Hymn and other Quaker Poems. 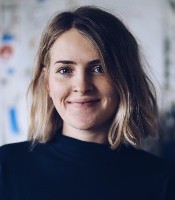 Nicole Williford (Minnie Jane Scholar) is a 26-year-old Oregon-based artist who focuses primarily on portraiture. She has always been interested in people, psychology, and relationships so it is no surprise that her work focuses on exploring these themes. She studied at George Fox University for her undergraduate degree and it was there that she first encountered Quaker philosophy and practice. She resonated with it deeply and much of the art she made during her schooling was focused on Quaker community members. The two most prominent projects were exploring the experiences of aging women in the church in 2016 and then in 2017, painting about the division of the North West Yearly Meeting over differing views of human sexuality. Nicole now keeps myself busy at her home studio, in her garden, and in her work as a behavioral therapist.