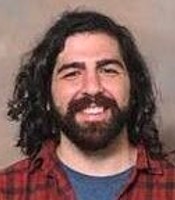 Ali Mctar was raised Muslim in an Iraqi family on the San Diego-Tijuana border, but he found Quakerism in 2012 as a student at Williams College, where he attended the Old Chatham Friends Meeting in New York. As a Watson fellow, he lived in Quaker communities around the world, specifically in countries with histories of conflict, learning how international Friends lived out their peace and justice testimonies. He is an active member of the Princeton Monthly Meeting where he clerks the Peace and Social Concerns Committee. He recently finished his Ph.D. in English Literature from Princeton and works on early modern literature and theology, focusing on antinomianism, which is to say on critiques of the law, mostly in poetry. He currently teaches in the English department at Muhlenberg College in Allentown, PA.

During the month of August, Ali will be at Pendle Hill, writing an account of the Quakers within the Reformation, surveying the further reaches of the Protestant influence in early modern English radical religion. Ali writes:

“The Reformation presents one important and still unconsidered model for any thinker within the various revolutionary and transformative traditions (of feminism and anti-imperialism and anti-capitalism). We have inherited from the twentieth century various programs of cultural transformation, but we rarely pause to consider the most obvious precedent for such a thing – to consider, that is, how the Protestant Reformation succeeded, but also where it didn’t, its localized failures, and its unevenness and possible paradoxes.

During my time at Pendle Hill, I will focus on the early Quakers within the context of Luther and Calvin’s theologies. I rewrite the story of the Protestant Reformation with the Quakers as the repressed center of Reformation theology. Reformation scholarship has recently taken a strange turn. James Simpson, the prominent senior professor of English at Harvard, has argued against Protestantism. Modernity, for Simpson, is a disaster. He advances the thesis that we would be better off without the Protestant Reformation. Rather than Luther’s innovative theology, Simpson proposes a return to medieval Catholicism as the ideal social form.